Imagine an individual capable of fully using the human body's physical and mental skills to such a degree that the highest human development is made possible. This is the goal that all traadtional karate practitioners strive to attain. As such, karate is not simply a series of punching, kicking, blocking and self-defense techniques. Karate is an art that through its application promotes mental and physical human development.

As a physical fitness method and form of athletic competition, karate today enjoys an ever-widening popularity. As an effective method of self-defense, it has attained worldwide attention and admiration.

In the karate world, the United States is among the strongest proponents of this martial art. This international prominence is the result of continuing AAKF activity. For example, the U.S. hosted the first international karate events: The United States vs. Japan Goodwill Matches and the 1st World Invitational Karate Tournament.

The AAKF is organized by U.S. karate clubs and organizations that have found a mutuality of purpose and interests in the aims and objectives of the organization. Since the passing away of Mr. Hidetaka Nishiyama, Founder and President of the AAKF, the federation has reorganized itself as an organization administered democratically by representatives of each reagion of the United States. The current president of the AAKF is Mr. Alex Tong, and Mr. Robert Fusaro is the chair of the technical committee. Internationally, Mr. Mahmud Tabassi serves as the vice-president of the WTKF, which has taken the mantle of world-wide promoter of Tradional Karate (Dento Karate-Do). 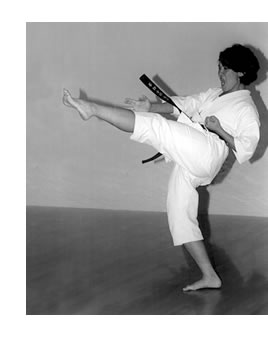